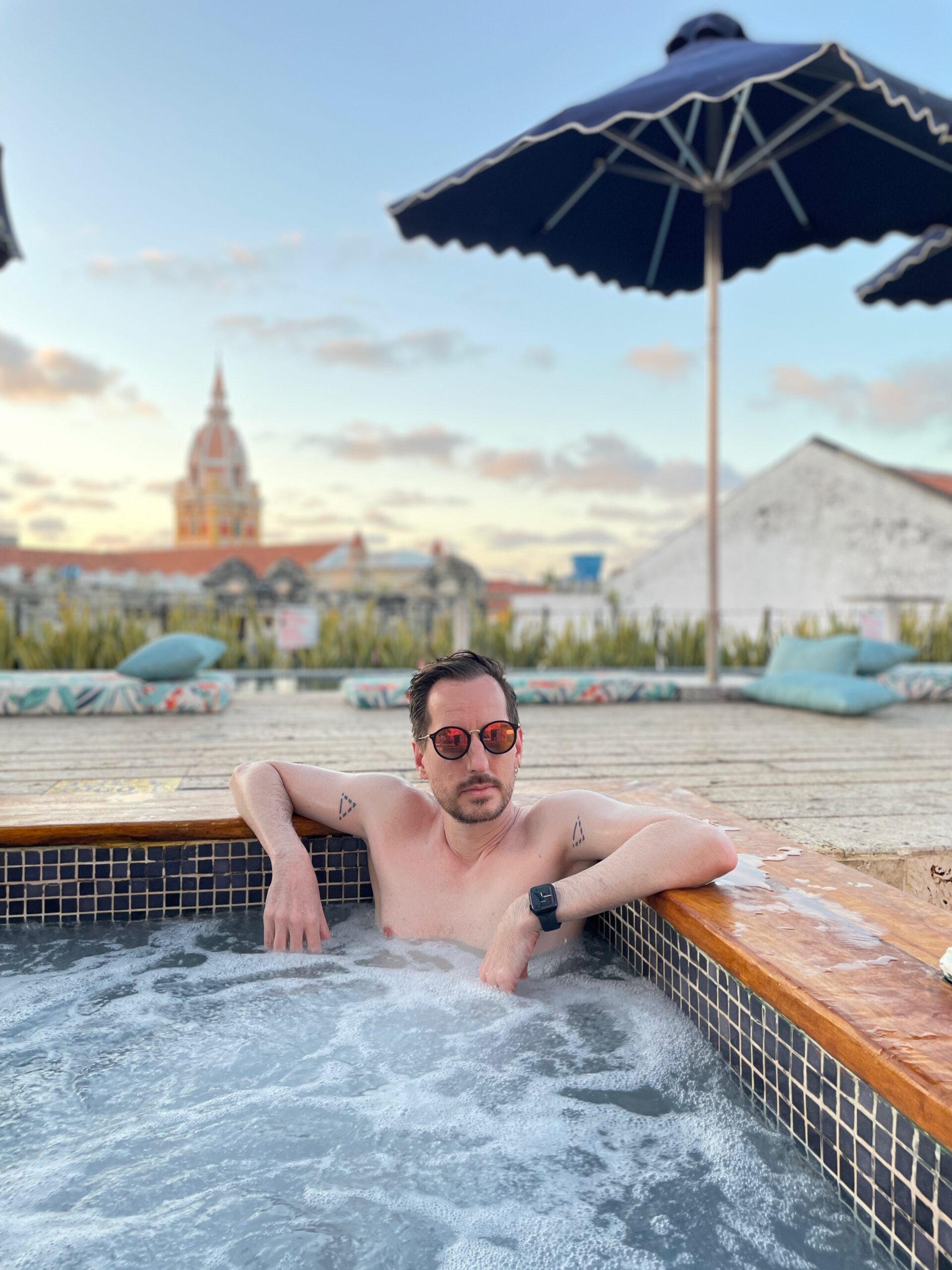 Loved by the sun, Cartagena de Indias (Colombia) is the most beautiful city in the Caribbean Sea. If you are on a cruise ship stopping in this city or is part of a longer itinerary, in this article you will find the most important things you need to know:

How gay is Cartagena?

The Caribbean coast in Colombia is a vibrant geographic area, full of flavours, music, drums and lively people. Since centuries Cartagena has been a center for music, pleasure and party and that has not changed a single bit until today. Only the Corona pandemic affected somehow many of the businesses and the last time I checked (January 2022), some of the most traditional gay bars in town had closed.

However there are new bars opening and also there are the gay parties that can take place at different venues. Since the situation may change and is fluctuating, I will not recommend any gay bar or party until I have tried it on my own.

But you can know for sure that Cartagena is a very gay city: there are drag queens on the street and Colombian attitude towards homosexuality has changed a lot the last years, in spite of the catholic legacy left by the Spanish rule. Today Gay Marriage is legal in Colombia, one of the few Latin American countries to have this fundamental right. Even one of the biggest female political leaders in the country, Claudia López, major of Bogotá, is lesbian and happily married to another woman.

Most cruise ships traveling around the Caribbean make a stop in Cartagena. Also, the international airport Rafael Núñez is located very close to the city center. There are also plenty of inland flights. One typical itinerary for Europeans (which I always do) would be to take the KLM Flight from Amsterdam to Bogotá. After making different flights and connections inside the country and discover many gay spots in Colombia such as Medellín, make Cartagena your final stop. Then you can take the same KLM Flight in its return trip, directly from Cartagena to Amsterdam without stopover anywhere.

The Walled City or Ciudad Amurallada is the core of the city founded by the Spaniards, walled and protected from any pirate attack. You have to remember Cartagena was usually the last stop in the American continent of all gold and silver going towards Europe, so the stakes were really high! An architectonic jewel, the city must be felt by waling aimlessly around. However there are some few spots that we strongly recommend:

We have tried two possible ways of accommodating. One is renting an Airbnb in Boca Grande with all the luxury that entails, the infinity pool, the breathtaking views over the harbour and the comfort that is to be in a modern area such as Boca Grande with modern supermarkets and facilities. The other possibility is to stay in a hotel inside the Walled City, having all the most important attractions close to you. We recommend staying inside the Walled City if you are for a short stay. If you stay in Cartagena for longer than four days, you probably need something more comfortable and should head towards Boca Grande.